When I do an analysis of an organization and its leaders and leadership team, 95% of the time I challenge the group to produce a single leader who hasn’t gone into work early, worked through a break or lunch, stayed late to work or worked from home late at night, while in bed.

I’ve yet to have a team throw a curveball back at me.

Everyone is way too busy. They’ve all done this at least once, if not more. Sadly, for some, this is just the norm.

As a coach, it is my goal to change this trend amongst teams. It’s seemingly very easy to get busy doing general tasks. But let’s find out: Is your team performing in alignment with the goals set within the company’s strategic plan?

Keeping your executive and/or leadership team in mind, let’s look at a work day from a different perspective. It’s critically important that a person’s hourly tasks are connected to the growth and outcome goals you’ve set as a company.

If a person is really, really busy doing a bunch of work that is not getting the results they are looking for, this type of “busyness” becomes disruptive.

Surprisingly, there is often no evident connection between the tasks being performed and the desired goals!

This is where defined metrics come in handy. Metrics and goals are different in that a metric is an activity you do, such as making a sales call. Whereas the goal to that particular metric would be to achieve that sale.

Without metrics, goals are couch potatoes. If goals and strategy are set, but activities and metrics to reach those goals aren’t clearly defined, a team runs the risk of simply being busy just for the sake of being busy.

If ⅔ of a person’s day and their activities had metrics attached to them that were aligned and prescriptive with the goals the team was trying to achieve, this could drastically change the business.

In my experience, very few organizations have defined the linkage between activities and goals – never mind holding people accountable, and making sure these metrics are on track.

No matter where your team is in the fiscal year, a time-out can help get everyone back on track. Click To Tweet

I’ve worked with teams who have done this in the middle of the third quarter.

The activities the team was performing were no longer in line with their goals. Instead of creating a 13-week race to the fourth quarter, I helped the team create a 15-week sprint that included the last two weeks of the third quarter, and all of the fourth quarter.

Here’s how we realigned each team member’s metrics with the company’s overall goals:

Six weeks in, the team was back performing in alignment. The CEO was holding everyone accountable, metrics were aligned with goals and by the end of the year, those goals were met.

When working toward achieving a company goal, the gap between activities and results can’t continue to widen. When this is happening, a timeout is very much needed to reconnect the linkage between the activities taking place, and the goals a team or company is trying to achieve.

It’s early in the year, but soon enough we’ll be approaching the end of the first quarter. How does the linkage between your team’s activities and goals measure up against your big picture plan? 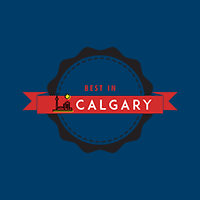